What do they say - youth is wasted on the young? From the standpoint of actually appreciating youth, maybe that's true of the young, but I don't think this applies when it comes to actually enjoying youth.

I was tucking my 9-year-old in the other night. The next day was Friday and he spent a minute telling me how wonderful the next day was going to be because he didn't have school and his friend was going to come over and they were going to download mods for a favorite game.

His dark room was the perfect canvas for what I saw in my mind as he spoke. I could only see the outline of him in the darkness, safe within his covers, but to my mind his eyes shined with the thrill of what would be. He could see the day like it was written in neon above him in the air. Fun was not just a concept to consider but a living creature of color floating above him, probably smelling of watermelon candy.

I think this will be a memory that sticks with me.

Such a vicarious joy that at the same time engendered a beautiful melancholy. Listening to him, I knew I would never be that excited to play with a friend or take a day off of work. I am an adult, and the complexities of my adult world are like weeds and thickets barring me from such simple pleasures.

My life is not joyless. Far from it. But a simple appreciation of friends and mods is like a ship that has already passed in the night. The ship was there once, a tangible vessel that could be seen and touched, but it disappeared over the horizon a long time ago. There isn't even a trail to follow if I wanted to reclaim what has fled.

But there with my son, it was like a window to my own past.

Which makes me question the veracity of the saying above. Youth is not wasted on the young, nor is it lost to the old.

Here's my effort at trying to coin a better phrase: the young bathe in youth; the old dry them off and sense the damp.

What do you think? 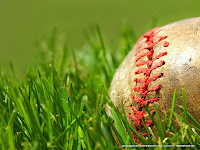 Red-stitched ball,
your history-written surface
of dirt and grass, saliva worked
by glove and hand,
encapsulates yon halcyon day
buried in Ebbets and others.

Round one-time emblem
of segregation,
race as well as sex,
summer divider,
the smell of the grass to beckon.
Your all-male clarion call
was like rocket ship and polliwog.

I just learned today that Ruth Stone died last November. She was a poet. 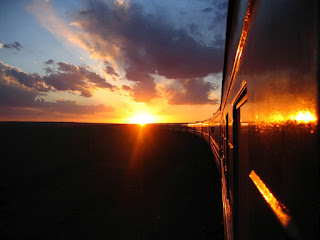 I love her description of how it felt when a poem came to her. She said it was like a thunderous train of air barreling down over the landscape, and she had to drop whatever she was doing and run for paper and pencil to be ready when the poem arrived. If she was too slow, the poem would pass through her and continue on, bound for the next stop, the next poet ready with pen in hand.

This is certainly an abridgment of her description, but it was this quote I was looking for when I found that she had passed on. Ms. Stone had a wonderful way of looking at the world, always from a new angle. Trite retreads of old and forgettable themes were not what she was about.

Tree in my yard

I planted you with my own hand.

Thin like a finger and trace of green,
the image alone of climbing boys and tire swings
bent your head.
Your demand for water and soil was bettered for a time
by direct applications of miracle solution,
bought at a store
with many aisles numbered and labeled
by men in uniforms
who once swung hammers.

Some years later, I begin this annual thin.
Read more »
at 9:38 PM No comments:

A friend of mine did something that made me laugh this morning.

At work today we received a gift as part of an employee meeting. This gift was in a small box. Instead of doing what had the greatest chance of yielding a firm answer, namely, opening the box, I wondered out loud what we were receiving. 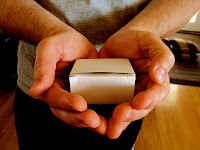 My friend plucked the box from my hand, placed it against his forehead and predicted, correctly, that the box contained a pedometer. His correct answer was aided by the fact that he had already opened his box.

What occurred to me was that there is a whole generation of people who would be oblivious to the cultural reference my friend made. The name Johnny Carson is likely one most twenty-something's have heard of, but it has been two decades since Carson hosted The Tonight Show. So, recognize the name Carson, sure, but Carnac the Magnificent? Don’t think so. 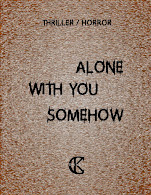